Posted on June 5, 2015 by theonceandfutureemptynest

Wednesday morning I woke up at 5:30 am in a panic.  I had to get up and write because I had just one year left of this decade.  I needed to start now.  Of course, I didn’t get up.  I burrowed under the covers but couldn’t fall asleep.  So I practiced analysis on myself.  Not reaching any conclusions, I got up at 6:15 to attend to my dogs.  The rest of the day, my birthday, was spent in contemplation.  Most of my life is behind me, what did I want from the time ahead?

When I was younger, birthday milestones didn’t bother me.  I whizzed on down the highway of life, laughing at the mile markers.  There was plenty of time.  I’d accomplish more in the next decade.  I have an entire decade where I didn’t write anything—not even a line of poetry.  I was raising children (I don’t recognize any of the music from that time period either; I was stuck in a Raffi loop).  And then the children were gone.  I got a job.  Overwhelmed I would tell myself: This week I have all these things to do.  Next week would be a better time to work on my   . . . . poem, novel, short story.  Like Scarlett O’Hara, I plopped on my doorstep and shrugged: “Tomorrow is another day.”

I should have been following the advice of a poster that I hung in my classroom:  “The Time is Now.”  While those days were spent teaching writing (and grading essays), I could have followed my own advice and squeaked a few more moments of creativity into my day.  And I certainly could have accomplished something the last three years. But it is so easy to procrastinate—read the newspaper, check out Facebook, get sucked into a novel.  And then the day is over.

It’s not like I haven’t accomplished anything:  I have a husband who still adores me after thirty eight years of togetherness.  I have three beautiful daughters who are educated and employed.  I have a charming grandson.  I have friends.  I have a drawer full of unpublished novels, a folder of poems, drafts of short stories and ten journals.  Sometimes life doesn’t turn out the way you expect. 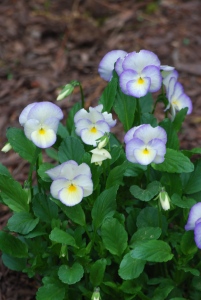 It isn’t age that is making me so introspective.  I have spent the last few months sorting the debris of my life—just some of it.  I have boxes and boxes still to go.  I started with some boxes in the garage—out went my college notes and essays, bank statements from the seventies and eighties, old bills.  The bears from different colleges went to a garage sale to benefit a high school group.  Duplicate binders from presentations went into the garbage can.  I can’t bring myself to shove the binders of lesson plans into the garbage can.  But what else am I going to do with them?  I still have boxes of books on teaching reading, vocabulary, writing.  I also have boxes of young adult novels and duplicates of classics.  I know I need to sort them and give them away but I hesitate.  I didn’t finish the garage.  It became too cold to work in there.  But I had boxes in the attic that had to come down so we could have some repair work done.  These boxes were more difficult to deal with.

These were boxes of my daughter’s toys, packed up and moved to storage during a remodel of our former home in So Cal.  I carted them home from the storage unit for the movers and shoved them in the attic without peeking inside.   I brought the boxes down from the attic and placed them in a spare bedroom where I had also put the boxes and boxes of home movie film, scrapbooks, photo albums and miscellaneous papers from my mother-in-law’s house that I had shipped to myself in February.  So I had two types of detritus:  mine and my husband’s family.

My sis in law and I had spent some time sorting at my mother-in-law’s house after mom had moved into assisted living:  housewares for sis, for me, for my daughters.  Household goods for Goodwill, furniture for a consignment shop, junk for a trash bin.  But it’s the smaller things that make one pause.  What do we do with menus from defunct restaurants?  Airline pamphlets from the early 1960s advising what to wear on the Riviera?  Tickets from the 1950s for the SF ballet?  I almost threw out my husband’s baby book because I thought it was a book on child rearing.  It’s now in a box with his grandfather’s baby book.  In cleaning out my mother-in-law’s house, I found myself reassessing my relationship with her.  There was so much I didn’t know about her.  But this is how relationships are.  There is much I still don’t know about my parents (and I have moved them three times, sorting, packing, cleaning).

My own things were different.  Some things were easy.  Beanie Babies went into a special bin because small visitors like to play with them.  Other stuffed animals went into the trash, to a charity or back in a box destined for the attic. Inventories were placed in the attic boxes.  The bear belonged to ____; she got it for Christmas from Grandma the __________.   I made mistakes.  I showed my daughter a lovely gray Easter bunny:  “Do you remember this?” She frowned and said no.  I couldn’t remember whose it was either.  After the gray bunny had left for its new home, I found a photo of her, front teeth missing, holding that bunny.  Perhaps the photo is enough.  Do I have to keep every stuffed animal that ever sat on their beds?

As I sorted through photos and toys, I could have mourned a life that never was; but I chose to remember the joy in the life I had.  I am thankful to have had so much for my life has been rich with people and events.   I am at the age where the end could be tomorrow or the end could be thirty years from now.  But that’s true of every one.  I can’t live life thinking there’s not much left.  I have to tackle each day as if I have all the time I need.  For that’s exactly what is left:  what I need.   And it will be splendid.

Transitions! Every couple has them: First newlyweds; then parents, then empty nesters. After raising three girls, our nest was empty--just my husband, myself, and three dogs. I taught English to middle school and high school students; my husband was a corporate drudge. Life was good. We went on vacations, had romantic dinners, and enjoyed the peace and quiet. Then a daughter came home. We relocated from California to Connecticut and found ourselves on new adventures.
View all posts by theonceandfutureemptynest →
This entry was posted in Aging and tagged aging, family life, memories, spring cleaning. Bookmark the permalink.