On a Gravel Road

Posted on November 18, 2014 by theonceandfutureemptynest 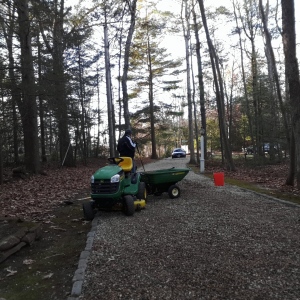 After a couple of hours of shoveling and raking gravel, I went inside, made myself a cup of tea and dashed off last Friday’s post about what a great workout this was—squats, lifts, stretches.   Little did I realize what an extended period of time would do to my body.  Hubby and I spent all of Saturday and a part of Sunday, shoveling, raking, shoveling, raking.  Monday morning we both reached for the Aleve.  Today we are still sore. 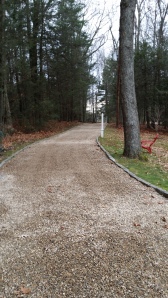 It was definitely a couple’s DIY project.  Two of us were much more efficient that I had been alone.  Yet my husband and I approached this project with different mindsets:  while I bopped along to Lucinda Williams, focused on the end result—car wheels on my new driveway; he was singing like Tennessee Ernie Ford: “You load sixteen tons, what you get, another day older and deeper in debt.”  But we were moving 22 tons.  You can actually search the web for “calories burned shoveling gravel” and find an answer:  602 calories per hour according to the e-How website.  By the end of the pile of gravel on Sunday, I was either chanting “popcorn and beer, popcorn and beer,” or singing “Green Acres,” which is also our pet name for our house.  As I finished the last of the raking, I stopped and sang: “Darling, I love you but give me Park Avenue.”  My husband’s face fell.  “You don’t mean that, do you?” he asked.

In reality, I love to go to New York for the weekend but I need my space.  I don’t want a bigger house but I would love a larger lot.  I value my privacy and I revel in nature—the deer that cross our yard, the birds, the fox, even the occasional bear.  But oddly enough, as I raked the gravel, I had been thinking about one of those ubiquitous Facebook quizzes—What Literary Character Are You?  According to the quiz, I was Jane Eyre.  I like Jane Eyre, the quintessential Victorian Everywoman, a civilizing angel in a bleak world.  I wrote my master’s thesis on her (and three other Victorian heroines).  I can’t think of another literary heroine that I would want to be, and yet, when I posted my result, I sounded as if I were disappointed.  “Who do you want to be?” asked a friend.  I thought about this while I spread gravel.  I wanted to live in a time period where live wasn’t so hard.  I thought about carrying armloads of firewood up narrow staircases in Victorian houses.  I thought about the vegetable and herb gardens in the backyards.  I thought about washing clothes and linen without a washing machine.  I wanted to be someone whose life was less strenuous. 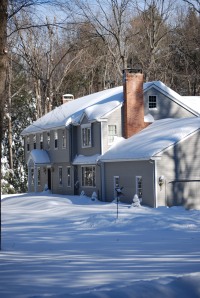 I went back to the quiz.  This time instead of choosing the Victorian era as my time period, I decided to choose something more modern.  I lived through part of the 1950s and all of the 60s, so I decided against the most modern time period, choosing the Roaring Twenties.  Did I think I was a Hemingway of Fitzgerald heroine?  Of course not, well, maybe.  But let’s face, as strong as some of their female characters are, neither has heroines—things happen because of a man.  So what modern heroine am I?  Even though I changed a couple of my responses—the time period, mode of transportation (a yellow jalopy instead of walking because I love convertibles), house (abandoning the Cotswold cottage for the snowy village), I moved up a mere 22 years from 1847 to 1869 (and across the Atlantic) to another unconventional heroine: Jo March. 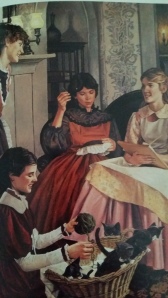 Who doesn’t identify with Jo March?  Jo’s a woman who rolls up her shirtsleeves and gets to work.  Tomboyish, creative, outspoken (bossy my sisters would say), yet selfless, Jo is a modern heroine—until Alcott tacks on the May–December romance.  (Alcott should have let Jo just be independent in the big city which seems to have been her original intention).  But lucky for me, my husband is more Rochester than Professor Bahaer (or at least he’s more Laurie—we do “pull oars in the same direction,” a line I love).   Yet in some ways, I suspect that Jo March has been a subtle influence on my life.  In the subsequent books, Little Men and Jo’s Boys, Jo shows a modern bent toward child rearing and education:  every child should have a pet.  At one time, we had two dogs, one cat, a rat, a hamster, and five mice.  Every daughter had more than one pet.  Children should garden.  I agree with that—and we did.  Children should have access to creative materials, reading materials, adventures.  If Alcott had written about Jo as a grandmother, I’m sure Jo would be outside, tramping through the New England woods with her grandchildren.  In the evening, she would sit next to her husband, talking quietly and reading, contented with her life. Wait, this is my life. 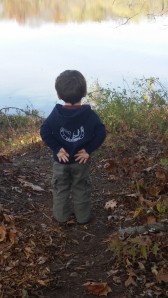 As soon as I post this, I’m taking that quiz again.

Transitions! Every couple has them: First newlyweds; then parents, then empty nesters. After raising three girls, our nest was empty--just my husband, myself, and three dogs. I taught English to middle school and high school students; my husband was a corporate drudge. Life was good. We went on vacations, had romantic dinners, and enjoyed the peace and quiet. Then a daughter came home. We relocated from California to Connecticut and found ourselves on new adventures.
View all posts by theonceandfutureemptynest →
This entry was posted in Life in New England, marriage, parenting and tagged enjoying life, everyday life in New England, Jane Eyre, Jo March, life in New England, Little Women, parenting, yardwork. Bookmark the permalink.