Posted on December 21, 2012 by theonceandfutureemptynest

In my town, school buses pick up the elementary school children at the end of the driveway.  Middle school and high school students walk to major intersections, on roads without street lights, early in the morning, to catch their buses.  Their younger siblings wait inside.  First comes the bus for the fourth, fifth graders and sixth graders.  The girl next door runs out, dark hair flying, backpack half zipped, to scramble up the waiting steps.  She waves from the window and off she goes.  Her younger sister has more time.  She often waits with friends who walk to her driveway.  They talk and hop up and down as second graders are wont to do.  Their tiny backpacks and lunch boxes are scattered.  The parents wait with them, chatting, holding their dogs’ leashes.  Sometimes I take a dog and wait with them too.  This is how I met my neighbors last spring, at the end of the driveway surrounded by dancing children.

You put your child on the bus and sigh with relief, ready to go about your day.  You go to work, the grocery store, the gym.  Late in the afternoon, the bus leaves your child in your driveway.  One day my fourth grade neighbor didn’t go in the house right away.  Instead she waved at me and waited as I walked up the street, returning from a run.   The driver waited too.  He gestured at the girl to go to the house.  Then he saw me coming.  I waved.  He left.  The girl was safe.  Safety.  That’s what we want for our children:  a childhood with innocence, imagination, security.  We want them to grown up to be self-confident and self-directed.  We want them to grow up.

Your child is not supposed to die before you.  I remember my daughters as first graders and I cry for those parents whose children will never be adults.  Coffins shouldn’t be so small.

Today in Connecticut, the governor has declared a day of mourning.  At 9:30 am, the state will have a moment of silence.  Church bells will ring 26 times.  Today is a gray day.  The rain pours from the skies as if the heavens are crying.

It is easy to turn this into a debate on gun control.  I myself question anyone’s need for a thirty round clip.  Last Friday just hours after the shooting, I watched members of the local historical society put the finishing details on a display about Abraham Lincoln that included a Spencer repeating rifle.   Invented by Christopher Spencer of Manchester, CT, this rifle was cutting edge technology during the Civil War.  One could load seven bullets at a time, effectively firing twenty rounds a minute.  This gun could have done the same damage as the one used on Friday but the shooter would have had to load more often.  Would this have changed the outcome or do we ban all firearms?

It is easy to turn this into a debate on school safety.  I myself like the idea of a panic button like the ones banks have in all school offices.  But having sat through fire drills caused by faulty technology or impulsive students, I wonder how effective such a button would be.  As a former teacher, I know schools practice lock-downs and disasters, but no practice ever prepares you for the real thing.  Would additional security help?  Do we make our schools prisons?  On a locked campus with a sheriff’s deputy present and campus supervisors (security) patrolling the halls, an English teacher returning to his room after lunch stepped into a stabbing.  His intervention may have saved a girl’s life.  But should a teacher put himself in harm’s way?  Does a mother of small children have to be the one to hold the door shut against harm?

What is difficult to talk about is that the shooter was someone’s child.  We can label him evil and dismiss his humanity, but once he too was a first grader.  Once he sat in classrooms like the one he destroyed.  Once he was a child.  Once he had a mother.

We know little about him.  Acquaintances of his mother said he had Asperger’s syndrome.  He would have had problems reading social cues, an isolating and frustrating factor for someone intelligent.   But people with Asperger’s focus on rules because rules help guide them in social situations.  Someone with Asperger’s would be unlikely to commit a crime like this.

The shooter was a young man who was once ‘flagged’ at his high school for being ‘at risk.’  The last district I taught at adopted a computer program for attendance and grades that placed flags next to some students on your roster.  If you ran your cursor over the flag, it might indicate the student was in another program such as Resource or English Language Learners or had a 504 plan in place.  Sometimes the flag indicated that the student was homeless or had recently been homeless.  Sometimes the message was just “at risk.”  The student had been in trouble and disciplined.  The student was on parole.   The student was in bereavement counseling.  Someone flagged the student.  In my regular English 10 classes, a fourth of the students had flags; in my honors class, none had a flag.  Then there were the students who had no flags, and you knew they were falling through the cracks, but you and four other teachers were juggling your curriculum, student needs and administration demands.  Some students slipped into the cracks.

Last year a teacher I worked with said that one of my students had the eyes of a school shooter.  Really?  I wish it was that simple.  That particular student hated school but seemed to get along with his peers.  He worked for me in class but did no homework.  He was just biding time until he qualified for an alternative program.   Four years ago a former student committed murder.  She had come to the middle school where I once worked in the middle of her seventh grade year.  She was quiet, but seemed to have problems adjusting.  I can see her sitting at her desk, small, dark haired, solemn, but my focus was on a bright young boy who acted out impulsively and had problems with social clues.  I have no idea what happened to the boy.   The girl is in prison.  In some ways I understand the impulsions that led this girl to murder or another former student to drive too fast on a curvy road.  Adolescents are impulsive.  They are risk takers.  They act first, think second.  But those who shoot random strangers, those who plan mass murder, do not act impulsively.  They plan methodically.  The young man in Colorado booby-trapped his apartment.  The Connecticut shooter destroyed his computer so no information could be gleamed from it.  This is what is scary.  How can we identify these young men before they do something horrific?

We can’t.  Many teen boys fit the common profile—loner, intelligent.  Very few actually commit such horrific crimes.  Part of the problem is that many of these young men are no longer children.  They are over eighteen, legally adults.  As parents, we want to let go of our children as they grow older.  We want them to solve their problems with peers themselves.  We want them to address their concerns with teachers on their own.  When we see our child is depressed, anxious, or disaffected, we are tempted to dismiss it as adolescent angst—normal growing up.  Can we recognize when situations are more than a child can handle?  Can we recognize inappropriate anger?  Can we find the resources to help?  Yet once your child is eighteen, the dean of students won’t call you.  Your child has a right to privacy, a right not to medicate, a right to make his own decisions.  Should they have these rights?  Do we redefine adulthood and give parents more power?  Do we change the laws regarding involuntary commitment?

I have no answers.

We can blame lax gun laws.

We can blame weak school security.

We can blame the lack of resources for the mentally ill.

We can blame the media.

We can blame video games and rap music.

We should also blame ourselves as a society.  Some fundamental change in our society has made mass shootings an appealing option for the disaffected.  Coffins shouldn’t be that small.

I cannot bring myself to write the name of the Connecticut mass shooter.   To say the name is to remember it.  If you mention a certain town in Colorado, two names spring to mind and I feel sad.  If I see my one of my favorite flowers, I tear up.  This is the power that these shooters have.   This is their heaven.  We will forget the names of the twenty-six, but remember the name of one.  How do we take that power away?  Coffins shouldn’t be that small. 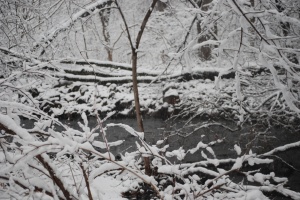 Transitions! Every couple has them: First newlyweds; then parents, then empty nesters. After raising three girls, our nest was empty--just my husband, myself, and three dogs. I taught English to middle school and high school students; my husband was a corporate drudge. Life was good. We went on vacations, had romantic dinners, and enjoyed the peace and quiet. Then a daughter came home. We relocated from California to Connecticut and found ourselves on new adventures.
View all posts by theonceandfutureemptynest →
This entry was posted in everyday life, Life in Connecticut. Bookmark the permalink.