The Joy of Seasons

Posted on November 13, 2012 by theonceandfutureemptynest

Yesterday I took four of the dogs for a jog at Fisher Meadows.  I hadn’t been doing much running lately.  Using my trip to California, the flu, my mother-in-law’s visit, Hurricane Sandy and the snowy Nor’easter as excuses, I managed to take an entire month off from exercise.  I did run six miles last week—two miles at a time.  I rode my bike fourteen miles Sunday.  So yesterday the dogs and I decided to do an easy four miles down to the pond and around and back to the parking lot.  Well, I decided.  They all thought it was a good idea and hopped in the truck. 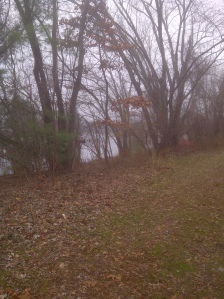 We hadn’t been to Fisher Meadows since the beginning of October so the seasonal changes in the landscape were really noticeable.  Having migrated from the Golden State, a place that has just two seasons, summer and not summer, I am amazed at the seasons.  Admittedly I did live in Ohio thirty years ago, but I was a poor graduate student.  I could barely afford my winter coat.  I dreaded the cold so much that I failed to appreciate the other three seasons.  Since my arrival in Connecticut last February, I have come to be grateful for the seasons in New England.

The seasons make me see the world differently.  As the plants sprout, grow and then die, the scenery alters.  Sunday I noticed houses along the bike trail that had been obscured by trees.  I saw remnants of train track outside an old warehouse once hidden by tall stalks of goldenrod that grew alongside the path.   At Fisher Meadows, I saw a weed choked stream now exposed by leafless bushes.  In my own yard, the once green stems of ferns are now buried in brown leaves.  The lush green world I so enjoyed during the summer has become barren, exposing new wonders. 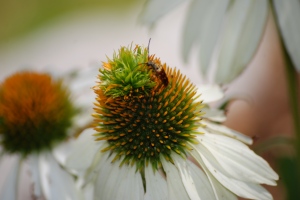 summer in the garden

I can still delight in the landscape.  Bare branches have a beauty all their own—the shape, the texture, the color become the focus.  Snow will alter the terrain again, covering the decaying leaves, hiding the rocky dangers.  The change in the seasons has caused me to refocus, reevaluate other aspects of my life.  I find myself reassessing relationships, examining my own behavior.  Have I conducted myself in a respectful manner? Or have I behaved badly?  Am I the one at fault? 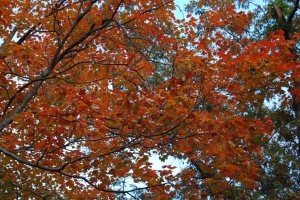 I have not always comported myself courteously.    I am a woman who likes to be in control, who thinks my idea is the best, who does not play well with others.  I have problems letting go of my own perspective in order to see someone else’s.  So now when I observe something new, something that was probably there all along, I wonder what other things have I failed to observe.

Perhaps because I am in the late fall of my life (spring and summer have long left me), I appreciate the beauty of each season.  I now value novel ideas.  I prize relationships.  I look at my world in new ways.  I realize that someday—maybe even by spring– I will take the changing seasons for granted, but right now I see joy in having the world alter itself every few months.  Everything becomes new.  The joy of variations is endless.

Transitions! Every couple has them: First newlyweds; then parents, then empty nesters. After raising three girls, our nest was empty--just my husband, myself, and three dogs. I taught English to middle school and high school students; my husband was a corporate drudge. Life was good. We went on vacations, had romantic dinners, and enjoyed the peace and quiet. Then a daughter came home. We relocated from California to Connecticut and found ourselves on new adventures.
View all posts by theonceandfutureemptynest →
This entry was posted in Aging, lessons in life, life, Life in Connecticut, New England, transitions and tagged aging, Connecticut, everyday life in New England, nature, running, seasons. Bookmark the permalink.