Posted on June 6, 2012 by theonceandfutureemptynest 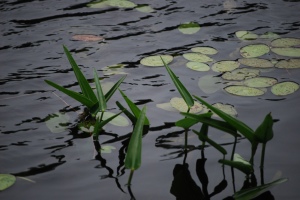 This weekend I celebrated a birthday.  It wasn’t a milestone birthday, yet it was the first one that made me seriously reflect on birthdays.  I wasn’t bothered or sad on any of the more momentous birthdays, the ones that have joke birthday cards counting down the decades.  I remember being at Preschool Family, the co-operative nursery school in Palo Alto where I took my older daughters, on my 29th birthday.  “Next year will be different,” my friends assured me.  “Next year, you will feel old.”  But I didn’t.  At forty, I gave myself a big present, a trip to New Orleans, but I didn’t feel old.  I stayed out all night on Bourbon Street, and then toured the swamps in the daylight.  My girls were all in school; I had time to write; I was running four days a week.  Life was good.  Life was good at fifty too.  My husband and I took a trip up the coast to Cambria; we had such a good time, we went back for my 51st birthday.  But this year it occurred to me that I was no longer a middle-aged woman.  Statistically the odds were against my living to be over 100.   I was now an old lady.  I was a crone.

I had worked my way through Robert Graves’ Triple Goddesses:  During the seventies I was a maiden; in the eighties and nineties, I was a mother but in 2005, when my youngest left for college, I entered cronedom, the land of grown women with adult children.  But until this weekend, I felt the same.  Well, the same as I did as a mother.  The maiden years were not so good.  I admit to being unpredictable, arrogant, volatile, insensitive and insecure.  This was a relatively short period of my life, a decade and a half that I don’t regret but have no desire to repeat.  The best part was I married my husband and made some good friends.  This worse part was I alienated people I actually liked.  I had my first child and began seeing the world differently.  Motherhood became how I defined myself.  For many years, most of my friends were the mothers of my children’s friends.  We talked about our children, cooking, husbands and stress.  We volunteered at school, ran PTA meetings, and organized band fund raisers.  Our children grew up but we stayed mothers together.  Perhaps this is why I did not notice that I had moved onto the next stage: crone.

Who wants to admit to being a crone?  And perhaps I am feeling this way because I now a stranger in a strange land (more on that in another blog).  Perhaps I am feeling this way because I am finally a grandmother.  Perhaps I am feeling this way because I am beginning to feel the effects of aging.  In November I could boast of an eight minute mile, not bad for an old lady.  Busy with the move, I failed to keep up my exercise regime and gained a few pounds (five—all in the middle).  This really wasn’t bothering me until I was trying on clothes in a department store the end of April and my husband said:  “You tend to buy things too tight.”  I didn’t buy the clothes that way  . . . it was the weight gain.  So I returned to my workout routine with a relentless dedication: jumping rope, stair climber at the gym, weight training and running.  Then the Wednesday before Mother’s Day, I went for a rainy day run and perhaps went too far (four miles).  My knee began to hurt. I suspected the knee had been done in by exercise and holding my grandson while bouncing up on the soles of my feet.  Speculation was fine while I was trying to walk this out.  The problem was, I had to get back home.  Running felt better than walking and was quicker so  . . .  Mother’s Day I couldn’t take a single step without my left knee bursting with pain.  I am not so bothered by the wrinkles on my face as the physical limitations.

I will confess that I used the wrinkles and graying hair in the classroom:  “I am old enough to be your grandmother so I can demand old fashion respect:  take off your hats, pull up your pants, take the ear buds out of your ears, turn off your cell phones, sit up straight.”  I am no longer in the classroom but if I were, I would tell my students that I am a “hag,” a trickster archetype according to Karl Jung and Joseph Campbell.  I could help or hinder them on their journey in life.  I have to admit I like the Old English “hag” much more than the Old French “crone.”  The “h” sound hisses with potential mischief.  “Crone” rhymes with moan, suggesting sorrow.  I am not moaning with regret.  Nor am I Snow White’s stepmother, trying to hold onto my youth.   The idea that I have magical powers, that I have special knowledge delights me.  It’s true.  I have numerous talents from making a meal from the drudges of our cupboards to getting stains out of clothes.  How about the ability to read 160 essays over a single weekend?  Isn’t this magic?  Experience often saves us.

Once, as a mother sitting in the orthodontist’s office, I read an article in Science or Natural History or Discover (I don’t remember) speculating on the reasons women live longer.  Some anthropologists believe that women need to live long enough so we can raise our children and help raise grandchildren, preserving our genes.  Another theory was that in times of natural disaster, people needed someone who had experienced this before so they would know what to do: how to replant after a flood; how to find food in a really bad winter.  Perhaps this is why I have to bite my tongue and not tell my daughters what to do all the time.  Having experience really doesn’t make me the wise woman (hag) of the village.  I just think I am.

The wisest thing I have learned as a hag is to slow down.  Photography helps.  I look at the world differently through the camera lens.  I have to focus on the details, the moments.  I appreciate what I see at the moment and what I see later when I look back over my shots. I have learned to enjoy my friends, to make time for them, go out of my way for them.  I have learned to let my children go.  Their lives are not my life.

I know what I enjoy and I try to make time for those things.  Yesterday at the NYC Public Library I found a necklace with a line from an Emily Dickinson poem.  The line—“That it will never come again makes life so sweet”– sums up how I feel about this birthday.  Life is something to savor.  But this rest of the poem reminds me of how I want to live.  This is the poem:

That it will never come again
Is what makes life so sweet.
Believing what we don’t believe
Does not exhilarate.

That if it be, it be at best
An ablative estate —
This instigates an appetite
Precisely opposite.

Ah!  Life as an “ablative estate” is so true.  Life slowly dissipates. Our youthful energy melts away.  Our faces suffer from erosion, leaving lines.  Our dreams vaporize, leaving regrets.  But our “appetite” intensifies.  The more I experience of life, the more I want.  I am not sitting, counting down the years.  I am too occupied with looking for the wonder, the magic, in our lives. 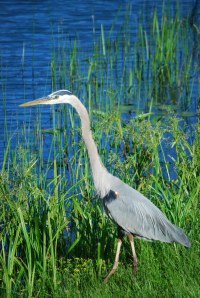 Transitions! Every couple has them: First newlyweds; then parents, then empty nesters. After raising three girls, our nest was empty--just my husband, myself, and three dogs. I taught English to middle school and high school students; my husband was a corporate drudge. Life was good. We went on vacations, had romantic dinners, and enjoyed the peace and quiet. Then a daughter came home. We relocated from California to Connecticut and found ourselves on new adventures.
View all posts by theonceandfutureemptynest →
This entry was posted in Aging, boomerang children, changes, everyday life, friends, life, marriage, mothers and daughters, poetry, relationships, transitions and tagged aging, birthdays, Emily Dickinson, friends, motherhood, poetry. Bookmark the permalink.